The best coding dojo ever 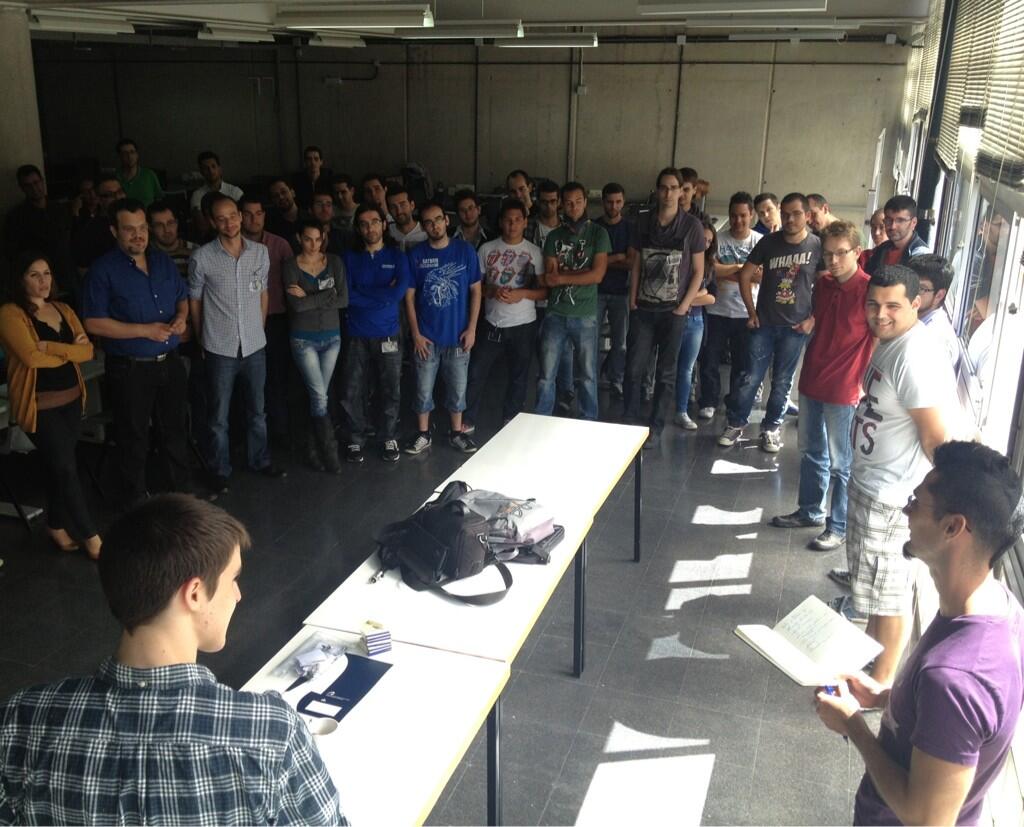 I’ve got goosebumps on my arms most of the day. And it doesn’t happen very often. This is the most emotional coding dojo I’ve ever facilitated. It’s been in Gran Canaria, at the Universidad de Las Palmas de Gran Canaria (EII ULPGC).

The last day in college for some students, where many of them were thinking of their uncertain near future. Asking for recommendations and expressing many doubts.

More than 50 people coding together for more than 8 hours, in an incredible atmosphere.

How did we get here?

There is only one book on TDD in Spanish so far. Published by my friends and me back in 2010, under the creative commons license. Creative commons is like a virus for this. One year ago a real master, Jose Juan Hernandez (@jjhernandez) decided the book was nice to teach his students how to write clean code. We didn’t know each other. In fact I didn’t know the book was being used at the University. Jose Juan has been coding since 1985 and I do believe he is a software craftsman, now that I’ve seen him coding and teaching.
A couple of months ago he contacted me  see if I could give a talk to his students, about TDD in the real world™ and the encounter was excellent. The coding dojo proposal came along right after that.

Why has it been so good?

Several factors in here. Jose Juan has been teaching TDD, Refactoring, Patterns and Clean Code to his students the whole year. No only the practices but the values. This is the reason we believe he is a master, because his students have embraced and internalized his values and principles.

I want to facilitate a dojo, what should I know?